If really desperate to do this run a second copy in a hyper-v session (recall you are a windows user?) but i wouldnt recommend it performance wise

I run a non digital business, and am here building an in-house app.

I personally find the best practice advice very helpful, as I do not know the tricks of the trade very well.
It is preferable when it’s somebody else’s sandcastle getting knocked over, and I come along later to receive the free advice, but I am happy to swallow my pride every so often, if it means better progression and understanding.

Every minute spent planning out your app will save hours of redesign later in my opinion, especially in relation to database structures. Draw out your db structure and plan out your queries to ensure the structure works for your intended workflow. This is time well invested.

Agreed, planning out the perfect database is imperative to your project, although to be very honest when I was just starting out, which I kind of still remember way back when, I recall people telling me to whiteboard my database plan, and the difficulty I found was, with so little knowledge at that time, how do you plan when you are not really sure what is possible in what language and what is not.
I think starting out is a bit like the chicken and the egg story.

For me I learned php first, which forced me to learn a little html and css, and then MySQL, about six months later I redid all the training tutorials I did originally through lynda videos and it actually started to make sense. Only after that did I dabble a little with JavaScript.
Somewhere along this journey i became an ActionScript 3 junkie and thought it was great, for the 2 years or so it actually lasted.

My point being with Wappler I think the entire thing becomes far simpler because although it’s nice to come from a coding background, I think you could probably get away with on most projects not knowing any php, or javascript, or html for that matter. I think you still need to have a bit of basic learning of css and bootstrap which will make life easier, and then a decent grasp of SQL and then Wappler.

What Wappler has managed to achieve is to somehow cut down the learning cycle by more than half, which sounds like the same thing 100 other applications have done too, however the difference is Wappler has done that without compromising what you can do, and thats the big difference.

without compromising what you can do, and thats the big difference.

Am loving all the debate on here!

For the record, my database design was incredibly well thought out already, as I had developed the app in Bubble for 2 years and got to within a month of launch.

So my iterations around database structure are more refinements and my obsessive desire for complete consistency in naming conventions and things like how I define the values in a field which categorises something.

Being a lone designer I can modify all those things in an instant, so I feel very comfortable and productive in these small but important design-database-design iterations…

Plus I have all the documentation of things like category field values in my database definition, where they belong, and I need to see those things as I design.

So this is all why, back to the topic of this feature request, I want to have design and database visible at the same time.

I am sure we will get some great debate and learning about everyone’s methods on Friday at the User Gathering if you can make it!

Here is to our wonderful clan of users,

My simple take on this…

I always have phpMyAdmin open in the background so that I can quickly refer to table or field names, check relationships or more importantly to view data in the tables to compare to the data in my Wappler created pages.

For me its about monitors, I use 3 minimum, sometimes 4 or 5 via USB->HDMI converters then I can use whatever tools you need and have everything in view. You cans stretch wappler across multiple monitors

For me its about monitors, I use 3 minimum, sometimes 4 or 5

I think you have Wappler developer’s utopia Brian!

So, first of all, @George and his team has done an amazing job making the interface as simple and easy to use as possible, and it works great on single monitors. It works even if you have some widescreen monitors, like @psweb with his big 42" I believe. However, with multiple monitors I think there could be a little improvement. Most all web development programs allow you to move panels around so you can customize your workflow. Visual Studio, Visual Studio Code, Pinegrow, and yes, Dreamweaver…

Yep, still hoping for this one. Having detachable windows would solve a lot of UI issues. People with multiple monitors could arrange windows exactly the way they wanted, maybe even have some duplicate windows open for file comparisons. Let us arrange all the windows the way we want. Sure, it expands across multiple displays but it is far from an ideal solution.

Absolutely, not ideal but better than nothing for the moment. Dockable panels would be great, maybe i could then justify even more monitors

You can never have too many monitors. One for Outlook, one for browser, one for db management, 3 for Wappler, etc… lol.

Don’t forget, one for a game for relaxation, we all do it!

what are the tools you use for testing and design the DB ?

I’m with you on the Dockable Panels, that would make life 100% easier especially when working on laptop, I could have other options on the iPad as a second screen… 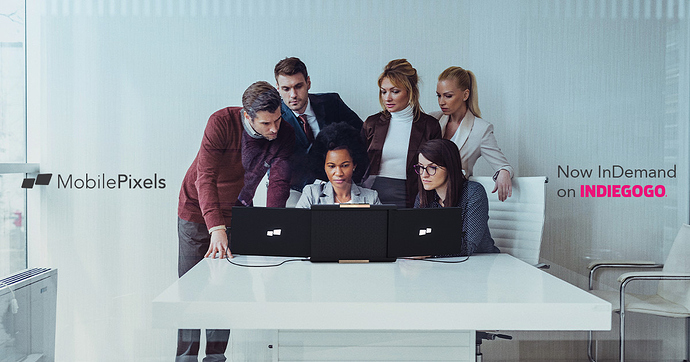 I currently use three monitors and use Navicat on one of them, BBEdit for css in another but would be great if you could drag a Wappler panel to another monitor and could get rid of everything but Wappler!

I use USB->HDMI/DVI/VGA adapters to do this when i need to, works quite well.

So I have a high end Dell Laptop and I had thought it would only support 2 screens… but Brian, will this technology you use allow me to go to 3 or 4 screens? 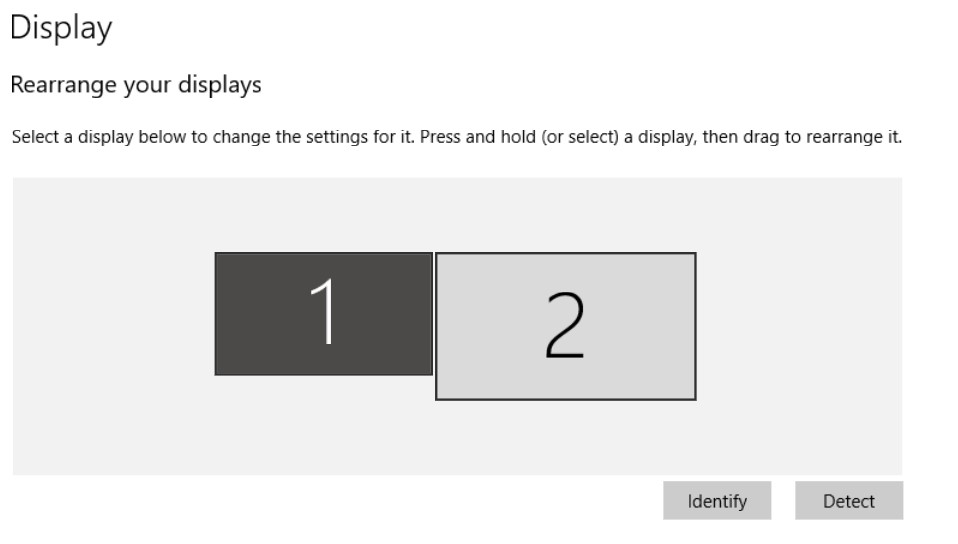