Who needs a College Degree, I can have a Mac Pro!

@Hyperbytes, my friend, I know what I would like for Christmas. I really appreciate your willingness to get this for me…

And it has FREE delivery !! 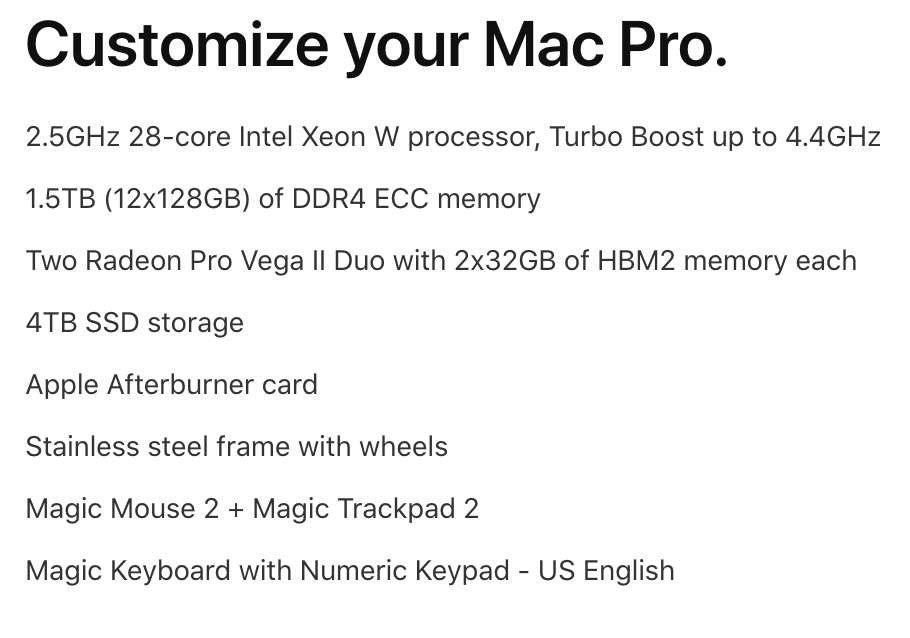 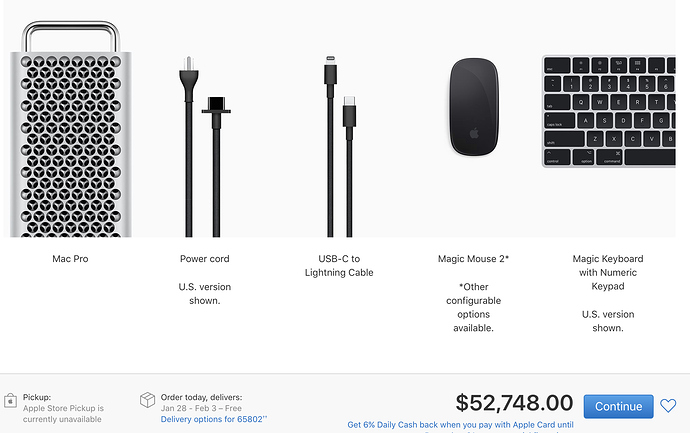 I wonder, can I run Wappler on this ??? What do you think @George and @Teodor ?

Opps, I forgot the monitor too… 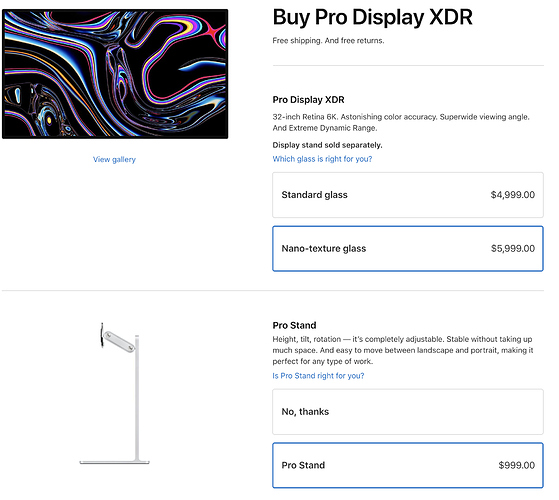 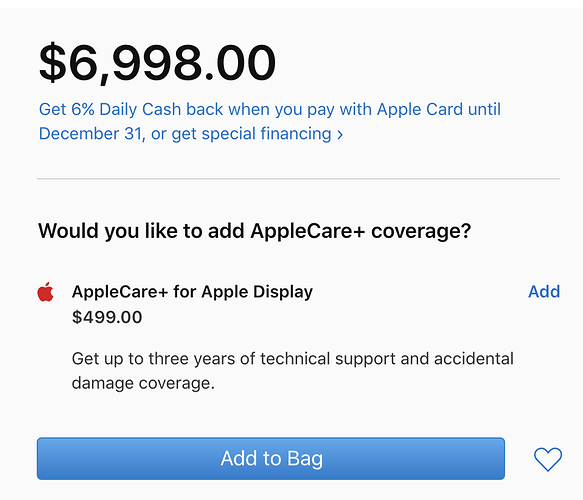 And this is why, out of 16 computers in my home, I have 3 real macs and 7 hackintosh systems, the saddest part is that my worst hackintosh is probably around 20% faster than my best real mac, hahaha, and my best hackintosh is about 250% faster than my best real mac at about half the price.
But nevermind i justified it, my real macs are still better because if i have a slight power dip all the hackintosh systems reboot, and the real macs can all handle slight power dips and remain on, what a dumb reason, but there you have it, a true mac enthusiast will find any silly reason to say its worth double the price.
The other 6 computers run “that other” system that makes no sense to me still.

I’ve been with Apple since the Apple IIc and this latest offering is astonishing in price. I remember back in 90’s selling $25K macs as front ends to imagesetters in the printing industry. The reason they the cost was so high was due to the memory chip factory fire in Japan which made 1 meg Ram chips cost $1,000 a piece.

This new offering is clearly aimed at the video market - who knows maybe it will sell more than 100 of them.

Been with Mac for years … can’t think of one time I wish it had a touch screen.

Also started in the print industry but before macs were used, when we had a compugraphic typesetter, my first mac was the LC, which i upgraded to an LC3.

Have to admit, i have never imagined a touch screen on a mac to be very honest, lol, I doubt i would make much use of that.

Worked for Scitex back then

My too, scanning operator i assume, lol

I was first exposed to Macs in college. As a photojournalism major, working on macs was necessary. Then, I graduated college and Macs were too expensive (gotta pay down those college loans) so I started using Linux. Then came chromebooks running ChromeOS which used to be cheap underpowered machines, but now they make powerful ones such as my Pixelbook which has a touchscreen and can run a simultaneous Linux partition within ChromeOS. I’ve sometimes used my Pixelbook stylus to work within Wappler (gives my fingers a rest from all the swiping and clicking). I really enjoy having a touchscreen for that purpose. Wappler is pretty nice to work with using a touchscreen. The only issue is that sometimes selecting inputs doesn’t prompt the onscreen keyboard to pop up. I’m not sure if that’s a Wappler issue or a ChromeOS issue, though. I could imagine people taking advantage of using Wappler with Surface Pro touchscreens too.

I find it interesting that in discussions like this Linux never gets a mention. Great performance, total flexibility on hardware and free. Wappler is great in it, got to be a consideration for anyone on a budget

But nevermind i justified it, my real macs are still better because if i have a slight power dip all the hackintosh systems reboot

Ever considered a UPS, much cheaper option

i run 2 1400watt inverters and a 7.5kva petrol generator, i just have too many computers, thats the reality, two hands and about 10 computers just for me, not including, my kids, and parents who also live on my property. I just have too many computers for 2 inverters, so of course i did the totally illogical thing, ran an extension cord out the inverter, into a 5 port extender plug, and then another 5 port extender plug out that, which pretty much means during a power failure there is a slight delay to all the plugs.
I mean we possibly talking milliseconds of delay but it’s enough.
If i plug PCs into extender plug 1, plugs 1, 2, and 3, they stay on during a power failure, any other plug hole and they reboot, while the macs I assume have larger capacitors that hold the charge a little longer, meaning i can plug all mac systems into plugs 4, 6, 7, and then laptops into plugs 8, 9, and 10.

Anyway my comment was not real Brian, I was being facetious about the silly things a mac fan will do or say to make themselves believe the mac is better, even though it’s very silly.

Here is some real food for thought though, and what i want for xmas.

After my lead balloon sheep joke I keep away from apple comments.

The only issue is that sometimes selecting inputs doesn’t prompt the onscreen keyboard to pop up. I’m not sure if that’s a Wappler issue or a ChromeOS issue, though.

Just found out this is a ChromeOS bug. No onscreen keyboard yet for Linux apps running on ChromeOS.