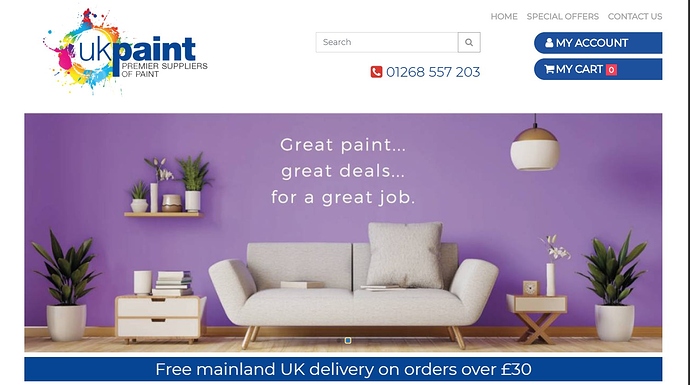 We present you a great looking responsive website built with Wappler by Jon Stanton, known in our community as @sitestreet.

Here’s the description he kindly provided:

The site has many features…

It’s been a dream to build and I’m very pleased with the result. And the client is, too.

I hope you like the site. Thanks again for providing such a great tool for making these sites possible.

This is my third Wappler project and I’ve been mega impressed with the speed of all of them.

@sitestreet Would be good to find out more about this Jon when you have time.

@max_gb. Basically, a dashboard showing all the main stats and lots of tables (using the generator) and modals making it easy to see everything in one screen. I’d love to show some screenshots or even video but it’s now containing real data so not an option.

I’ll see if I can put something together, though.

Could you please tell me how much of this was done with Wappler alone / how much manual coding you had to do?

I’m hoping I can eventually build something like this.

Could you please tell me how much of this was done with Wappler alone / how much manual coding you had to do?

I’d say 99% Wappler and a tiny amount of manual coding. I’ve just added a delivery note feature which opens up a new tab with a nicely formatted page and I added the javascript to open the print dialog automatically and also a button to close the tab again. I suspect that’s the only manual coding I’ve done.

Once you get to know Wappler, these sites are a dream to build.

Ok that’s interesting! So were those things impossible to do in wappler without the manual code - or did you just do it because you found it quicker to add it manually? If currently impossible, could you turn them into feature requests?

I think I just used a couple of javascript commands which aren’t built into Wappler (as far as I know) but used Wappler to implement them.

eg. I wanted the print dialog to automatically open when a particular page loaded so I added the Static Event of Value Updated to my loop and wrote the command window.print() so the only manual coding was literally typing or pasting window.print()

So I think it’s fairly safe to say this site was pretty much built with no manual coding. At least, as far as I remember.