I just wanted to say that this Video was exactly what I needed for a current learning Wappler project I am forcing on myself.

Thank you to the author – Brian?

Yes. It’s me. I am currently remastering them all so updated videos coming soon

Hello Brian,
would you consider expanding that video?
With the form page that receives the data passed along?

The Post action redirects to the Form page that compiles those 2 (or 3, etc) id variables along with more input information the User completes before clicking Submit to the server for insert of a new registration to the registration table.

Not sure I follow 100% what you mean. This video is not about logins. Have you checked out my webinar on logins etc?

By “Login Session” I’m simply referring to the same variables than any protected web page built with Wappler has access to.

So your href links from the Bootstrap table pass along dynamic data via the URL to the next page that processes or utilizes those values.

So the href could also access Session Values already stored and display them in the URL as another visible value. (I realize that Session values can be accessed from page to page without placing them in the visible URL values., true. But … nevertheless…)

Your current tutorial ends without demonstrating the next page (the purpose for passing varibales) – where something useful is done with those dynamic values.

I’m just asking if you would extend your Tutorial that I saw and refer to.
Create the form, for instance, that would COMBINE the data your URL sent to it with new input from the user her or himself.

Hello @NewMedia
I am also not sure what you are referring to and what exactly are you trying to achieve, but here’s a tutorial explaining how to use an URL parameter to filter a database query:

Just check the logic and use this as per your needs.

Thank you, Teodor. This is a good tutorial which I had seen but didn’t go all the way through because I was searching for a tutorial on Forms.

Brian’s Tutorial was about Creating a Hyperlink that would Select a Record Already Existing in a Table for Editing.

I was looking to use the same technique as the first Option in a Registration process.

User sees a list of Events happening on different days at different locations.

Using the same process Brian shows my Registration Step One would display what is a bootstrapped horizontal row of say 12 records (the events with details)
As soon as a User SELECTS and clicks A row the href target (instead of carrying values to an Edit page) opens the Step Two Form Page.

Now the Form will be populated with the Event ID and the User ID from the hyperlink selected from the Step One as Brian shows in his Tutorial.

So I simply want to pick up some values so that the User CREATES a New record in a Registrations Table instead of Editing an Existing record in a table.

The hyperlink embedded the specific event id from the events table AND the logged in User Identification # used to validate their Login before they could even see the Events Table to select from.

Standard stuff.
I have done this many times with php & mysql. It is, of course, so much easier to build this directly outside of Wappler.

But I am trying to Learn Proprietary Wappler Language & Functions & Processes . I can’t simply drop “Standard PHP & MYSQL” pages into a Wappler Project.

But trying to communicate in this Forum is 95% a failure, so far.
It’s taking all my patience & self-discipline to not just bail out since the simplest things I used to do require so much extra work, and knowing where a click must be made & then understand the CONSEQUENCE of each option and sub-options.

I did the hyperliink method so that I AVOIDED the type limitations of the Checkbox, Group Radio Options, Dropdown Lists, etc.

Brian’s video showed how this could be done.

Now I want to know how Wappler dictates its “Best Practice” methods to create a Form page that takes SOME OF ITS VALUES from Brian’s HREF page.

Instead of finding Wappler too complicated to put together these simple pages with other php & mysql code
which I have done for 12 years
I want to simply MARRY the Brian Video to the FORM page as Wappler requires.

Using the same process Brian shows my Registration Step One would display what is a bootstrapped horizontal row of say 12 records (the events with details)
As soon as a User SELECTS and clicks A row the href target (instead of carrying values to an Edit page) opens the Step Two Form Page.

Now the Form will be populated with the Event ID and the User ID from the hyperlink selected from the Step One as Brian shows in his Tutorial.

But that’s exactly what the tutorial I sent you does.
You filter a record by some ID and get the details back on the page. Bind the values to your form fields and that’s all…
You don’t need to send anything else as an URL parameter except for the selected record ID which is then used to filter a record on page 2. It doesn’t matter if the filtered data is shown in a form, in a table or some other way. It’s important to understand how it works, not to look for exact tutorial for your exact use case.

The general principle is what I a trying to understand.

It is the BINDING differences between a Form that is going to Insert a new record vs the binding of values in a form that has already Called for Existing records and will UPDATE an existing record that I was trying to understand.
How I must choose the options in Wappler so that Form values are not a search element in a query.-- but the actual value to Insert into a new record.

At any rate, I’ve taken up too much time on your side & mine.

Thank you for what you have shown me, Teodor & Brian.
Feliz Navidades!

Look at the tutorial I sent you. On page 2 you need a query which is filtered by an URL parameter (that’s what the tutorial shows).
Then bind your filtered query data wherever you need it - paragraph, form input, table etc etc.

Then just setup your form to do whatever you need it to do.

I think everything you may need is contained in this webinar

After watching Brian’s @Hyperbytes most excellent video we have everything working from creating a value to the redirect. I have searched the docs, community and google and cannot figure out how to populate the “text input” on the receiving page with the variable. I’m obviously missing something, any suggestions on what to search for or how to accomplish this would be appreciated. Thank You in advance for your assistance. 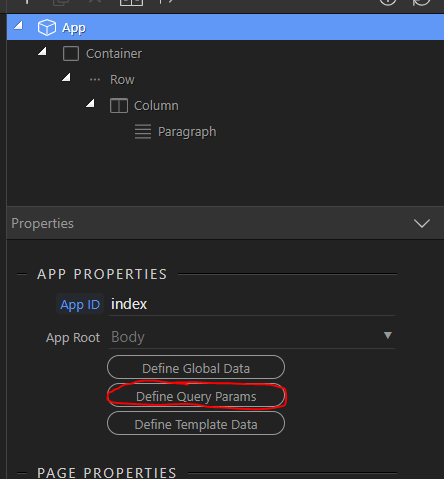 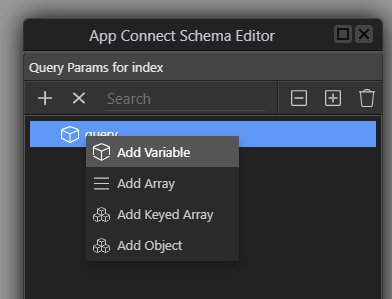 Call it param (or whatever name you gave your parameter)

Hello Brian, Thank You for your prompt response. Following your guidelines above I was able to successfully pass the value of the text input through the form button using the Session Storage Manager in addition to passing the new Database ID through the form to the receiving page URL. Not sure if this is the best Wappler way to do things but it works. Really appreciate your assistance and I am looking forward to your next video. Thanks again!