Components should be added to the app structure when inside a template block and also written into the code/dom list.

Create a template block as child to contents page component as shown here: 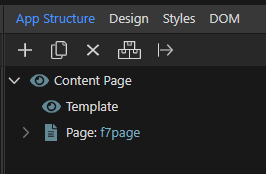 Select the two new lines of code which were added to the app structure and delete them from the code.
Before: 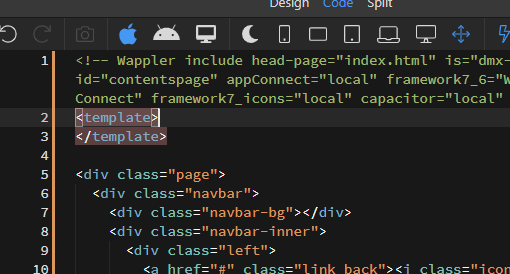 Note1: Move to the dom view and note that the deleted code still exists in the dom tree.

image1146×340 34.3 KB
Note2: Even after opening design view these text inputs still exist in the dom view - not a big deal as it will sort itself out but thought i would note it here.
Note 3: Even if you delete the inputs manually out of the code you can still add them back in without any problem, the only problem being that nothing is added to the app structure.

Now grab the f7 page component and add it as a child to the template block. This replicates what you would do if you were creating a ComponentURL(see: https://framework7.io/docs/routes)
Your code / UI will look like this:

Now add the block component added you get this:

Given that the component is an important aspect of making framework 7 pages it seems important to be able to view, edit and create components inside a template.

The current workaround for this for me is to have to make the page outside of a template then add it into the template before i want to test the page: this gets extremely tiresome.

This is a separate but related bug:

image1074×238 22.4 KB
Moved the page component to be a child of the contents page it also moved the comment/contents component with it.
Showing how i moved it: 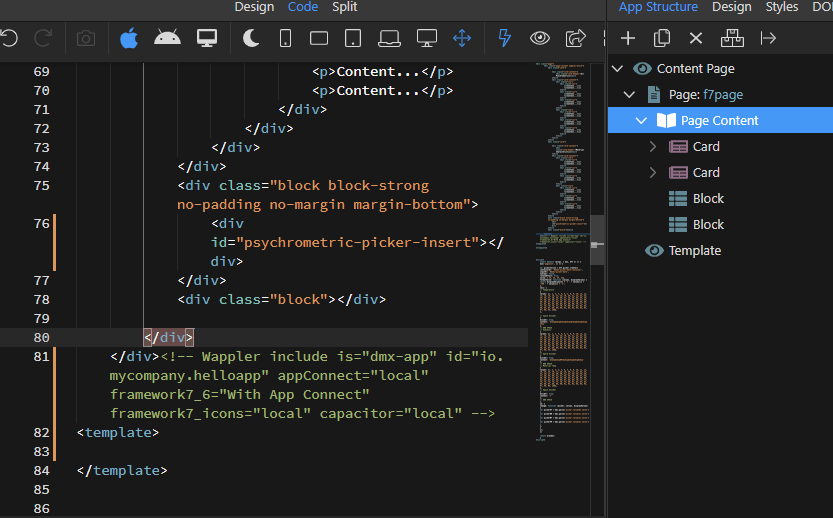 Does this still happen in Wappler 5?