Sorry, but I thought I could use my own bootstrap4 theme 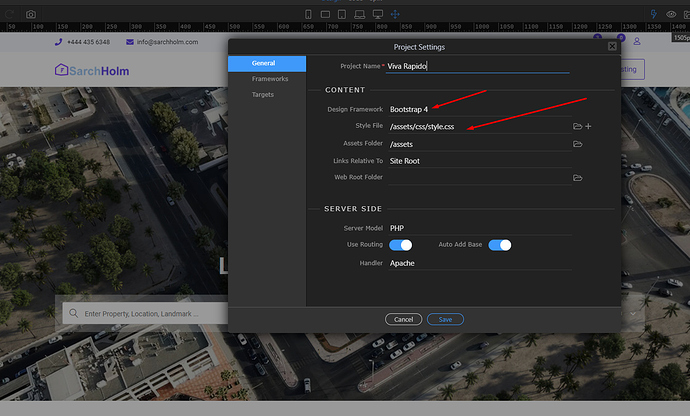 see that it was not active

I want to use a personalized theme 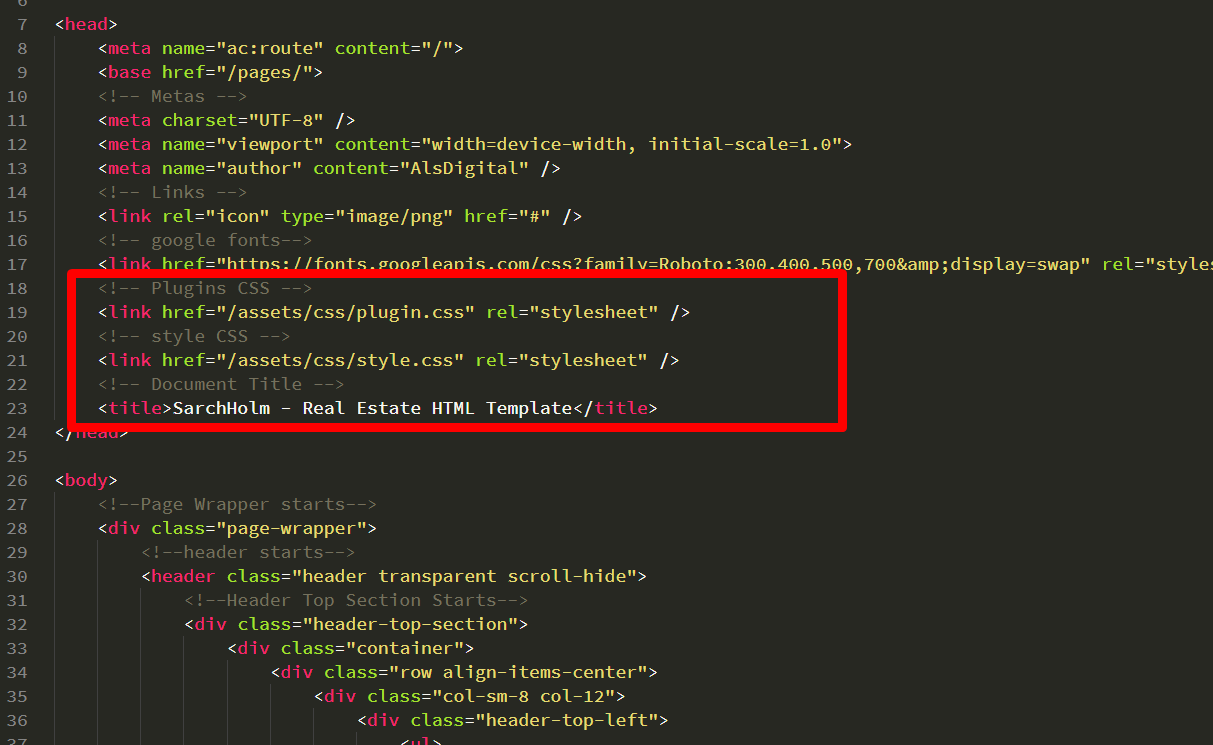 I would like to use my own bootstrap4 themes, when that will be possible?

When can we use our own models? 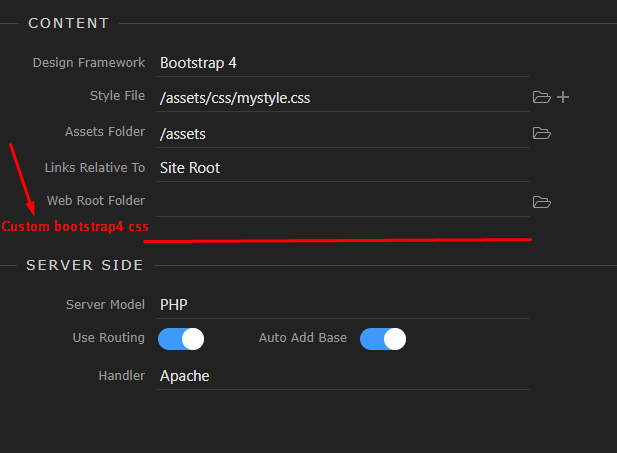 Unfortunately, this is not what Wappler is at this moment and I have learned to live with that. Wappler has included many safety features. If I remove the link to Font Awesome, Wappler neatly replaces it when the document is saved. This is Wappler.

I did write an article to theme Bootstrap using Gulp. This worked for me and hopefully for many others. When I now see the Themer included in Wappler, I am convinced that my themer is no longer current. I can do with Wappler’s Themer what I previously did with my themer, that is, with the exception of removing unused style rules.

If you are set on using your own version of Bootstrap, merely replace the official Bootstrap CSS with yours making sure that it carries the same name. That way you will blindside Wappler into thinking that it is the official file. You can even make it read only so that it cannot be over written.

This is only my opinion, I would love to hear what others say.

Edit: I see that you want to remove the link to Font Awesome. Leave the link there, make sure the actual file is empty.

We need a custom version

where to activate all bootstrap4 components, without generating bootstrap4 assets 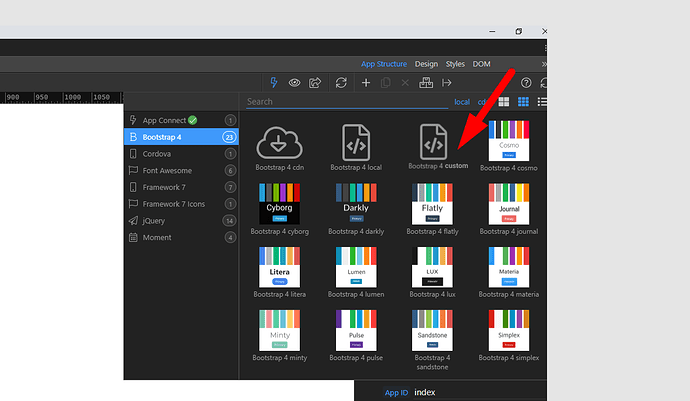 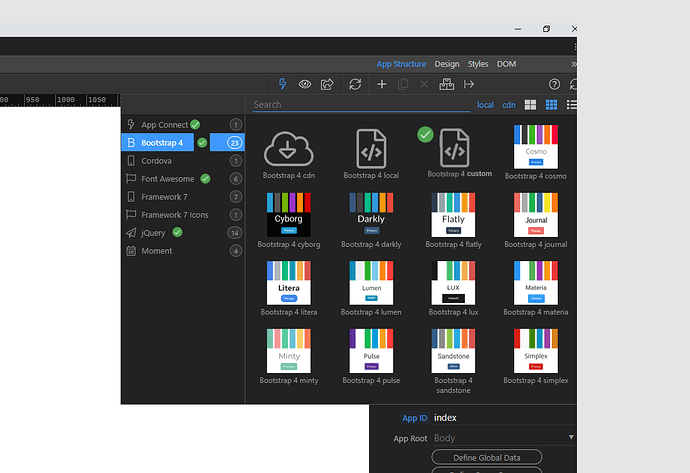 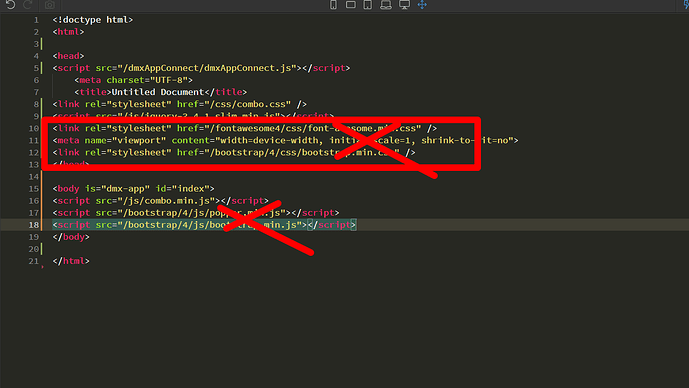 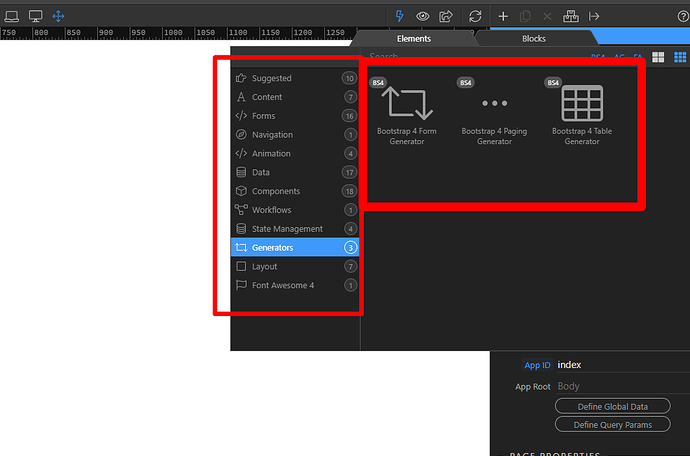 Hi @alsdigital, I’m dealing with bootstrap, themes & stuff at the moment… I’m a complete novice to tech coding, so thought of getting your opinion on if this is a good setup @ben .

I’m wondering if we are taking about the same thing? Here is what I have on my page head:

So, to answer your original post, custom bootstrap themes are easy to adopt like how I have adopted the skeeblu theme in my above reply… I wonder if I’m missing something…