I have a perfectly working API call to a third party in my original Bubble project. I’ve copied the same API Call to the API Action on the Front End (as I need to send a file).

I expect a 200 response and for the call to be accepted.

However, when I then try to send data via Input Parameter OR Query Parameter such as a simple Email or file I just get errors that the data is invalid or missing.

Setup a API Call on the client side for either API Action with POST or API Form with POST and try to pass parameters via anything other than the actual URL.

Bump, this has been an issue for a couple of weeks now I believe.

Bump again, no acknowledgement of the bug from the team so just pushing it up so it doesn’t get lost.

Noting, the API Call itself is the exact same setup a the one used in Bubble, which is working perfectly.

Are you saying that the POST data is not being set, the values that you set using the input data?

Setup a API Call on the client side for either API Action with POST or API Form with POST and try to pass parameters via anything other than the actual URL.

Yep. I’ll take some screens in a second.

This is the error I receive from the API when I include the key manually in the actual URL:

If I remove the key from the URL but include in query param or header param:

No input/query params display when trying to Define API Schema, as would be expected and as works on the Server Connect side with an API Action. 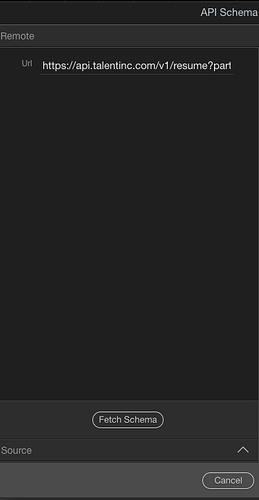 Parameters setup, exactly as per they are in the working Bubble API call. 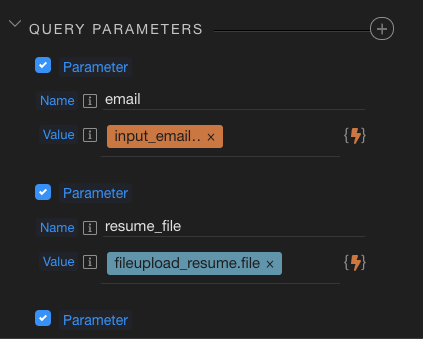 Do you have some documentation about how the request to the api should look like?

Of course - but all I’m doing is replicating a working API call from Bubble, to Wappler - do you need this to test yourself (I’ll need to send you the keys privately), or are you assuming it’s just setup incorrectly?

I think that it is probably not setup correctly, but for that I need to know how the api expects its data.

Ok. I will send you the info via message in 5 mins.

I have sent all API information from the provider, and also screenshots of my setup to a personal message.

Just confirming this has been identified as a bug and is being looked into.