Hi, very new to wappler, many years with dreamweaver. Gotta say i love it thus far. I’, working on a SPA. my dashboard has several routes on it, see the below image as an example. Each route has queries, forms ect, based on session variables.

What i want to know is it possible to:
a) Based on a success event of an form: Reload say, route 1 & 4.
b) Based on a button press, reload route 3 & 5
(just using numbers as examples) 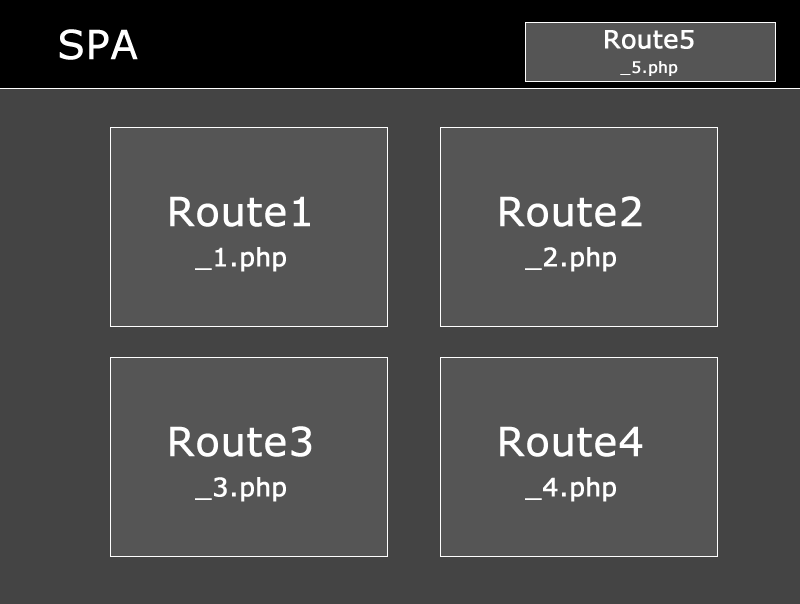 I say reload specifically because the result on each route page is based on session variables, and does not update automatically, i would have to reload the page into the area in order to get it to adopt the new session variable and display properly.

Thanks in advance, any thoughts?

As a sidenote, I had been working with single page apps mainly because it implied a simple template system where the index file contained the layout. In the meantime Wappler has made it easy for us to use NodeJS with an inbuilt template system. For more, see

Creating template based pages and layout in Wappler with NodeJS NodeJS

When creating a website usually you want to include common elements like header/menu and a footer on all you pages. This was possible until now using SSI (server side includes) but this technique requires you to add your SSI on every page you create. With the new template based pages you can setup a main layout, which includes all your common elements and use it to create your site pages. This way you don’t have to include SSI on all the pages you create, as they will just use what’s included…